This week we continue our interview with Kelly Campbell, third degree black belt and Director of Instructor Development at Krav Maga Worldwide…

KK: The response from part one of your interview has been tremendous. I want to thank you again for taking the time to speak with us and share your experiences and insights.

KK: In last week’s interview we talked about a hurdle you had to overcome to become an instructor. As someone who has been training for almost two decades, are there other hurdles you frequently come up against?

KELLY: That is an interesting question and something I wrestle with. I think everyone should train in Krav Maga. I think the tools this system gives you are life changing. But there are some people who are really in desperate need of this system and those people are often the least likely to ever walk in the door. I think about reaching those people.

KK: What would you say to them?

KELLY: So many things. I think most people don’t realize how vested the instructors are in your personal safety. I think for people who are really hesitant to train, they can’t imagine there is a place where people are so eager to give them these life changing tools.

I spoke earlier about the environments within the training centers. I was a shy person and a testosterone laden gym is not a place I would have thrived (or learned anything of lasting value). Perhaps there is just a stereotype of gyms or dojos that intimidates people. But that is not Krav! People aren’t here to outdo one another or show off.

Is Krav Maga aggressive? Absolutely. It would not work if it were not. But the training methods were designed for both men and women and anyone can become proficient in this system if they just show up and put forth some effort. There are no prerequisites.

Krav Maga instructors are passionate about the personal safety of their students. I know this because I train our instructors and I have been to Krav schools throughout the country and the world. I see this dedication to the students.

KK: I am certain you have a lot of memories throughout your years of Krav training. Is there one of particular significance that you would share with us?

KELLY: I remember the ceremony where I received my black belt. When Darren handed it to me, he looked at me and said, “Imi made this for you.” It was so impactful and that moment has really stuck with me.

I had never considered myself to be particularly athletic or strong. And that is the essence and perfection of Krav Maga—that it literally works for everyone. But when Darren said those words it meant something deeper. At the black belt level I was well aware of the principals of the system and obviously knew it worked for everyone, but I hadn’t considered that it was actually made for me.

It was such a meaningful moment for me, that I have, on occasion, shared those words with others. In fact, I said those same words to your young student Gabrielle—who is just 12 or 13. She is amazing and I hope she is inspired by the knowledge that this system was made for her.

KK: That is a realization all practitioners can benefit from. Thank you again for the interview. 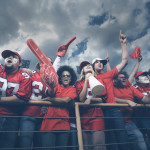 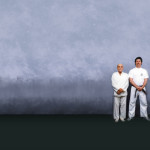